The in-game support for this theory is that, when Morgan uses the Mimic Matter ability, they appeara to dive into some sort of portal before the mimicked object's duplicate materializes and is viewed in third-person, as if viewed from somewhere near object when controlled. It is also supported by Morgan's apparent invincibility when mimicking an EAT, as if they are not a turret themself. 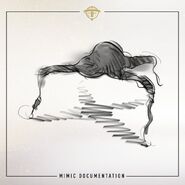 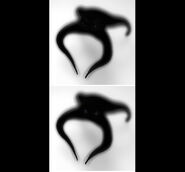