"Your stuff is safe with me."

The Mule Operator is an optional companion Operator featured in Prey: Mooncrash.

The Mule Operator as the name suggests, extends the players inventory by giving an option to put stuff into it. The player can access its inventory at any time, and call it at any moment. The Operator has no other purpose besides this and thus cannot in any way help during combat.

The Mule operator is unlocked after completing 25% of the KASMA objectives, after which Basilisk will inform the player that she's added new programs to the simulation.

The Mule Operator can only be used to put away additional stuff that does not fit in the primary inventory. Since nearly all characters (except Joan Winslow) cannot expand the size of their inventory, the Mule Operator is very helpful to store objects which do not need to be immediately accessed, like spare weapons, especially large ones like the Q-Beam.

Since the Mule Operator keeps the stored items from one character to another during the course of a given simulation, it is strategic, immediately before escaping, to store all the valuable equipment (weapons, ammunition, Medkits, unused Neuromods...) in the Mule Operator so that it can be reclaimed by the next character, instead of using simulation points to buy that equipment. 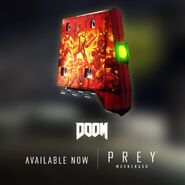 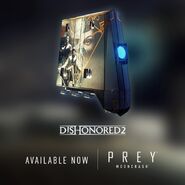 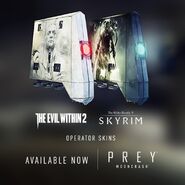 The Elder Scrolls V: Skyrim and Evil Within 2 skins. 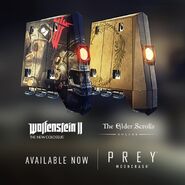 Fallout 4 skin from the front.