Operators are robots encountered on Talos I and Pytheas during Prey and Prey: Mooncrash.

Operators are robots that operate Talos I in more tedious tasks: doctors, engineers, scientists, secretaries, etc. However since the outbreak of Typhon aliens on the station they, like many of the other inhabitants of the station, have since fallen victim of the resulting chaos with some of them being damaged or being possessed by the Typhon.

Operators are roughly trapezoidally shaped robots that have small robotic arms coming out of them, and can levitate due to technology based on Reyes Field Theory. They were designed to perform menial tasks on the station such as repairing the station crew's suits and restoring their mental resources by injecting them with nootropics, as well as to diagnose and treat their injuries. Military Operators are outfitted with offensive laser beam weaponry.

Mooncrash tweaks Operator drops somewhat. Engineering Operators and Military Operators (rebranded as Security Operators) carry 50 to 90 Q-Beam cells, while Medical Operators may carry a trauma-curing item instead of their medkit - if they carry anything at all, as neither Medical Operators or Science Operators are guaranteed to carry anything on Pytheas. Dismantle occasionally yields two spare parts instead of one, and the CELL REFURB chipset (now rolled into the M3CHT3CH chipset) still gives the same benefit as on Talos I.

The vast majority of the time, there's no reason to destroy uncorrupted Operators, as they provide infinite healing, suit repairs, and Psi restoration for free. However, if you find multiple Operators of the same kind in the same area, or a broken Operator next to a dispenser of its kind, feel free to destroy and loot one of them.

Operators take extra damage from the wrench, but they're durable enough that without upgrades (and even with upgrades, in the case of Military Operators), you'll wear yourself out beating them into scrap. The Disruptor and Electrostatic Burst will both deal hefty damage and temporarily disable the Operator(s), allowing you to bludgeon them to death at your leisure. EMP grenades disable them too, but deal no damage on their own.

Military Operators are naturally effective in combat, and the shock attack from Medical and Science Operators is surprisingly useful against Typhon. Furthermore, when mimicking a Military Operator, you take no damage at all from their lasers, even though yours tears through them with ease. Combine that with your health bar being untouchable during Mimic Matter, and you have a very safe and effective way to deal with enemies.

It goes without saying that hacked Military Operators are powerful allies, and corrupted Operators are useful as well. Getting in close is a problem, but it's a problem that can be entirely circumvented via Remote Manipulation. A horde of friendly Military Operators is a sight to behold, shredding everything they find with ease without you lifting a finger. Even Nightmares fall to this, as the constant damage from multiple Operators leaves them unable to decide who to actually attack.

For advice regarding Harvesters, see its page. 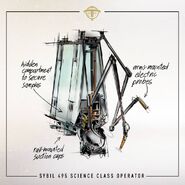 Variations concept art
Add a photo to this gallery
Retrieved from "https://prey.fandom.com/wiki/Operators?oldid=19309"
Community content is available under CC-BY-SA unless otherwise noted.