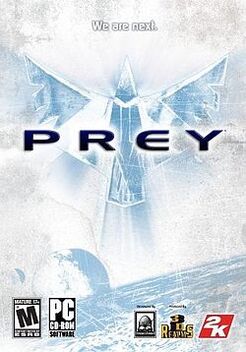 Prey is a first-person shooter video game developed by Human Head Studios (under contract for 3D Realms) and published by 2K Games. The Xbox 360 version was ported by Venom Games. The game was initially released in North America and Europe on 11 July 2006. Prey uses a heavily modified version of id Tech 4 to use portals and variable gravity to create the environments the player explores.

The game's story is focused on Cherokee Domasi "Tommy" Tawodi as he, his girlfriend, and grandfather are abducted aboard an alien spaceship known as the Sphere as it consumes material, both inanimate and living, from the Earth in order to sustain itself. Tommy's Cherokee past allows him to let his spirit roam freely at times, and gives Tommy an edge in his attempt to stop the aliens.

In Prey the player is in control of Tommy as he explores the Sphere and fights the inhabitants aboard the craft. During the game, the player will collect a number of alien weapons, some compare to typical first-person shooter archetypes, others more alien in behavior.

The game's engine introduces two unique aspects to exploration. Portals in the game can transport the player from one area to another instantly; portals can be looked and shot through as well (introducing the very real hazard of shooting oneself by mistake), and can also be traveled in reverse. Unlike the later game Portal, the player cannot create portals directly without the use of mods and portals remain fixed in space. The game also features variable gravity. Special paths allow the player to walk along them, remaining upright regardless of orientation, though should the player fall or voluntarily jump off the path, gravity will reassert itself. Small planetoids inside The Sphere can also exhibit their own gravity fields, allowing the player to walk completely around the outside of it.

The player can detach Tommy's spirit from his body, allowing the spirit to roam freely for a short time. The spirit has limited interaction with the environment, though it is able to activate control panels and can use a spirit bow to strike at foes. The spirit force is often used to solve environmental puzzles within the game as well as to locate paths that are not visible to mortal eyes.

The story focuses on Domasi Tawodi (also known as "Tommy"), a Cherokee garage mechanic and former U.S. Army soldier living on a Native American reservation in Oklahoma. At the beginning of the game, Tommy is in a bar owned by his girlfriend, Jen. Tommy is tired of living on the reservation, and constantly tries to push his heritage away, while at the same time trying to convince Jen to leave home, if only for a short while, to which she refuses steadfastly. After an unfortunate bar fight, the entire building is lifted up by a gravitational force into a green light above. Tommy, Jen and Tommy's grandfather, Enisi, are transported back to the massive alien starship called the Sphere. After docking, all three, along with countless other captives, are dragged through the upper levels of The Sphere. Tommy is freed in an explosion set off by a stranger who, despite being cybernetic like most of the Sphere's denizens, appears to be working against it rather than for it.

Tommy witnesses Enisi's death in a brutal alien device. While trying to find Jen, he falls from a walkway and has a near-death experience to The Land of The Ancients where he meets with his grandfather's spirit who bestows him with spiritual powers. After returning to the world of the living, Tommy gains the ability to spirit-walk, allowing him to separate from his body to pass through forcefields and operate consoles normally out of reach, as well as the aid of his spirit guide, the ghost of his childhood pet hawk, named Talon. Despite being entrusted by his ancestor's spirits with the mission to protect all of mankind from the sphere's invasion, Tommy can't stop worrying about Jen and he only cares about how to find and rescue her. Later in the game Tommy finds Jen in a strange pod of sorts and she is unable to feel her legs, according to what she says. The pod opens and we find out why; her torso has been surgically grafted to a vaguely reptile-like beast, resulting in a singular creature that is fairly quick, tremendously strong, and uses quite a few weapons against the player. Seeing as Jen is unable to control the beast she is now attached to, Tommy must either kill the beast and his girlfriend in the process or be killed himself. When the creature is killed, Jen is still alive, begging Tommy to 'send me (her) to Uneekwa'. Tommy does so and requests special training from Enisi to take revenge against The Sphere.

At the very end of the game, Tommy finally comes across the being that is in direct control of The Sphere, who is a human woman who was abducted from Earth long ago.She too once fought against the previous Mother of The Sphere and after defeating it, she took its place. At the end, after a very turbulent fight, Mother is defeated and, in her death throes, begs Tommy to take over her job, lest the entire Sphere die. As she dies, a burst of light engulfs Tommy and when vision is restored, Tommy finds himself inside the Mother's den with reams of data overwhelming him, making him numb with power. His grandfather, Enisi, contacts him from the spirit realm and tells him that such power is only an illusion, as the price is greater than what he has gained, and that he needs to look in his heart and make the right decision. Tommy heeds his grandfather's words and drives The Sphere straight into the Sun, and ends up in the land of the ancients to see Enisi and Jen once more. Knowing that when it is his time he will see them both again, Tommy goes back to Earth.

Six months later, Tommy finds himself in a rebuilt Roadhouse, apparently not yet open to the public. The official story is that people, buildings and objects vanished because of an unknown, unexplained natural phenomenon. He turns around and sees Elhuit. She and the surviving Hiders had escaped through their own portal machine just before Tommy plunged the Sphere into the sun. She tells him that while people on Earth do not know of the great deed he has done, there are those "elsewhere" who have taken notice and want to meet him. Elhuit opens up a portal and Tommy walks through it. The words "Prey will continue..." appear. 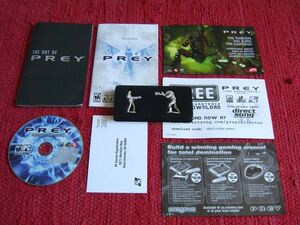 Prey also shipped in a Limited Collector's Edition for both PC and Xbox 360. The official retail price is US$60 for PC and US$70 for X360. The following comes in the package:

Shortly after the game's release, 3D Realms' Scott Miller confirmed that a sequel named Prey 2 was already in development. On March 17, 2008, Miller's brand-management group Radar Group was officially launched, along with the announcement that it is managing Prey 2, and that it slated for the PC and Xbox 360. The game was developed in cooperation with Human Head Studios.

In 2009, the rights to the franchise were acquired by ZeniMax Media.

On 12 June 2016, Bethesda announced at their E3 press conference a game designed by Arkane Studios, also titled Prey which came out on May 5th 2017. 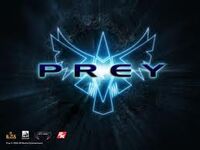 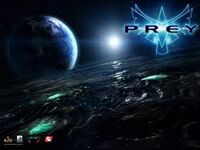 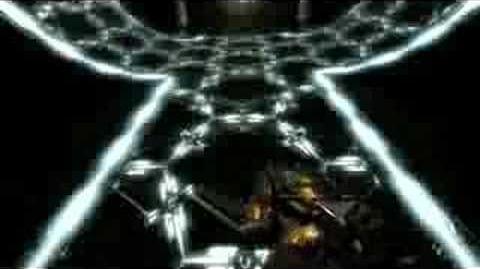 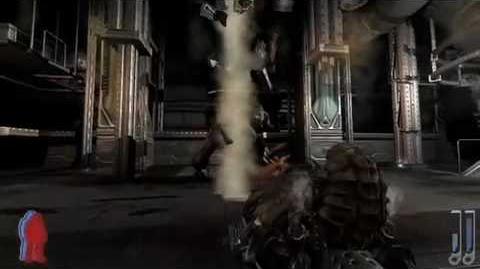