"The moon is a harsh mistress. The longer you're here, the harder things are going to get for you. Let's get to work."

Prey: Mooncrash is a paid downloadable content released for Prey (2017). The DLC costs $20 by itself, and is bundled in the Prey: Digital Deluxe edition.[1]

In Mooncrash, the player has to navigate their way through a Moonbase while surviving and fighting against the Typhon. The gameplay is identical to the normal Story Mode but with one crucial twist: the general map layout remains the same at all times, but the layout of enemies, hazards, and loot changes every time.[2] If the player dies at any point during their run, they will restart from the beginning, the stage is reset and the aforementioned layouts change again, making each playthrough unique.

Unlike the normal Story Mode there are five different playable characters, each with their own skills, abilities etc.

The playable characters are the following (based on observation):

Out of the above five characters, only Andrius Alekna starts off unlocked and available for use when one plays for the first time. All other characters have to be unlocked through special missions within the simulation itself.

In addition to the default starting loadouts, the player can also spend Sim Points to buy more starting gear for their chosen character to spawn with upon start. The player starts with 3000 Sim Points initially and can earn more Sim Points by defeating Typhon, completing KASMA Orders and accomplishing other major tasks.

The initial buyable equipment of the following:

In addition to these, the player can unlock more buyable equipment by finding Fabrication Plans in the game.

Mechanically, Mooncrash functions as a rogue-lite, hence the alternating enemies and items.[3]

Players take the role of a hacker named Peter onboard a spy satellite with a habitation module orbiting the moon. TranStar has a moon base, the Pytheas facility, but it has recently stopped transmitting for unknown reasons. Peter is sent by Kasma Corp, his employer, to investigate what happened in the moonbase by having him acquire a recovered operator and plugging it into his computer, generating a simulation of the moonbase from resources recovered by Kasma. The simulation has Peter put himself into the position of five different Pytheas employees and fight his way through the Typhon in a bid to find out just what happened at Pytheas.[4] 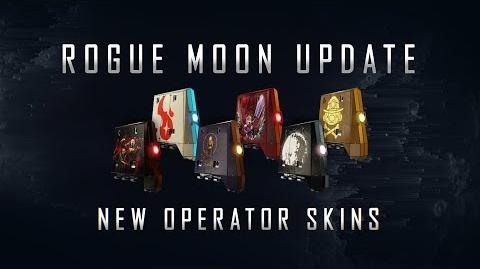 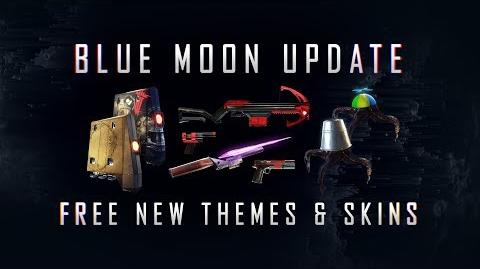 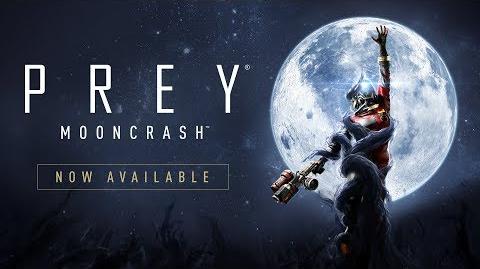 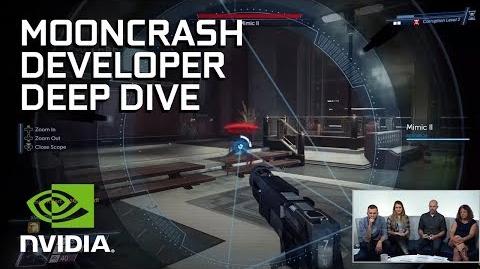