A Recycler Charge is grenade-type weapon found on Talos I during Prey (2017) and on Pytheas during Prey: Mooncrash.

The Recycler Charge can be used to clear debris and radioactive waste out of the way; turning the objects into resources at the same time. It can even be used to remove obstructions with high Leverage requirements if Morgan does not have the required skill. Care must be taken when using it, as useful objects such as weapons and even staff corpses will be recycled if they are caught in the blast. However, as a counterpoint given their very limited supply at least at the beginning of the game, if you are planning on using the Recycler Charge to clear an obstruction make sure to use it to its fullest: grab every table, chair, box and everything else that isn't nailed down in the immediate area and pile it all on or close to the obstruction, then throw the charge to get a big boost of resources that you would not normally have access to.

The Recycler Charge is the most lethal weapon if used correctly, it can instantly kill Morgan Yu in a single explosion even with Toughness III upgraded. When combined with the GLOO Cannon, the Recycler Charge can stick to enemies dealing 200 damage.

The Recycler Charge can also come in handy if the player's inventory is full as they can drop their items in one spot and throw it and turn it into materials without the need of a Material Recycler. In the game, the amount of material yielded by recycling objects with a recycler charge is most positively correlated to the amount of objects pulled into the singularity. 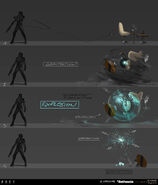 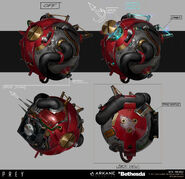